Everybody needs a cast iron skillet!
Dutchmans Creek Tumblr - illustrated restoration projects
Cast iron is the original non-stick surface
Cast iron can be used on the stovetop and in the oven
Cast iron is easy to care for and lasts for many decades.

This is an Asian version of the cornbread pan made famous by Birmingham Stove & Range in the 1960s. It is used to bake cornbread. Each piece of cornbread ends up with a crust on all sides. 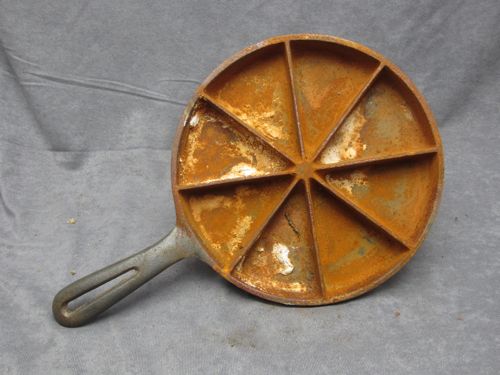 This rusty pan has a bunch of edges and corners that complicate the cleaning process. 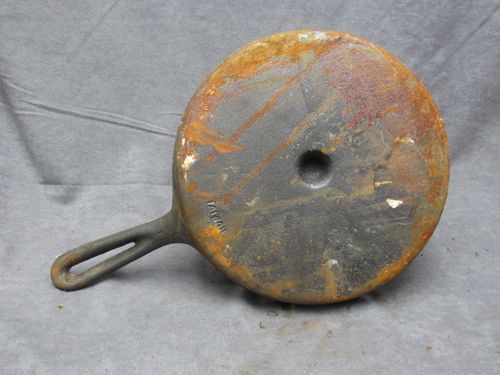 Back of the pan before cleaning. 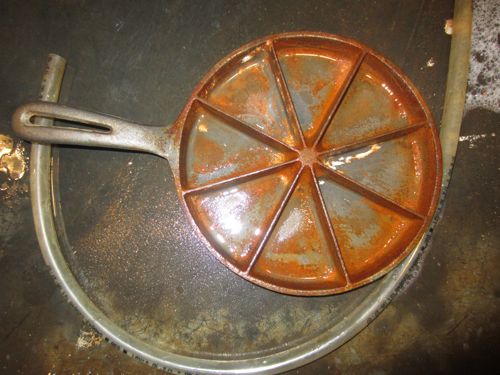 Cornbread pan after a quick scrub

The pan was triaged in the molasses bath then scrubbed with dishwashing detergent and a stainless steel scrubber . The goal of this step is to get rid of the rust that will let go easily. From here it went straight into the lye bath. 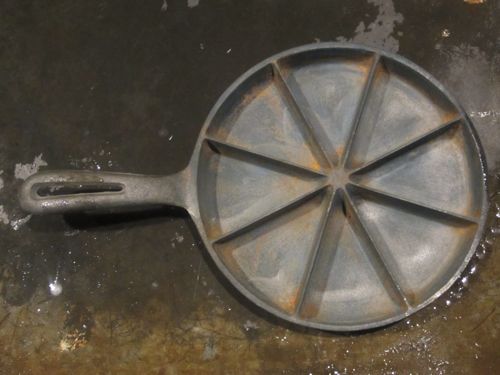 Cooking surface after the lye bath

After the lye bath and a scrub. The lye does not remove rust but scrubbing after wards often makes a real difference. 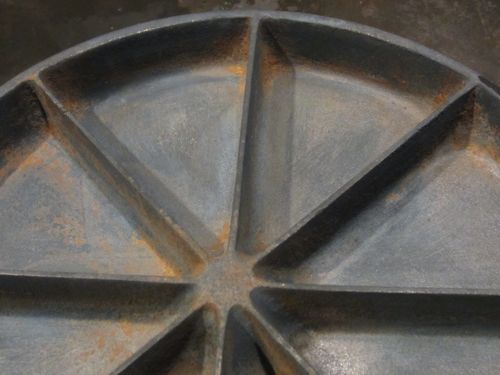 The internal corners and edges are the difficult areas of this piece. 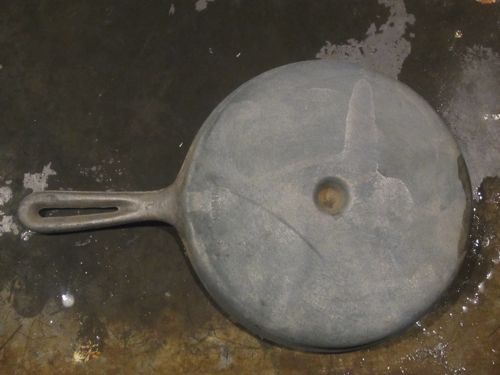 Back of pan after the lye bath

The back of the pan looks pretty good after the lye bath. From here the cornbread pan went into the electrolysis tank. 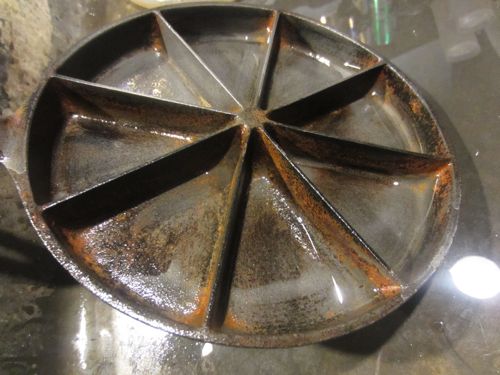 This looks like it is mid lye bath but notes suggest the picture was taken after electrolysis and before treatment in EvapoRust. Electrolysis is often described as a line-of-sight process. Nooks and crannies are often missed by the electro, meaning that they have to be cleaned in other ways. 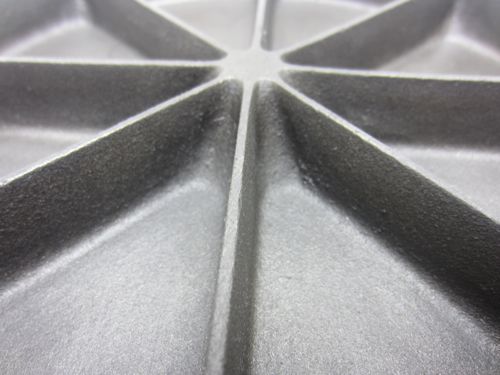 Evaporust is a liquid that uses a chemical process called chelation to remove rust from iron. This piece soaked in that solution for a couple of days and was scrubbed again. At this point it is clean and ready to season. 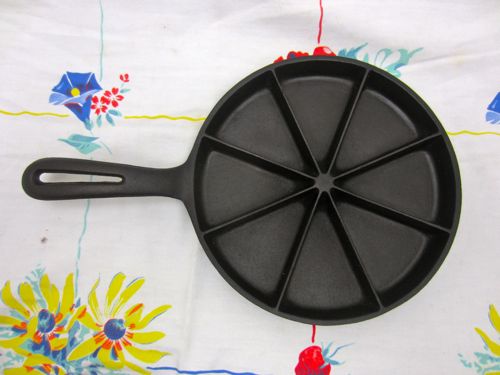 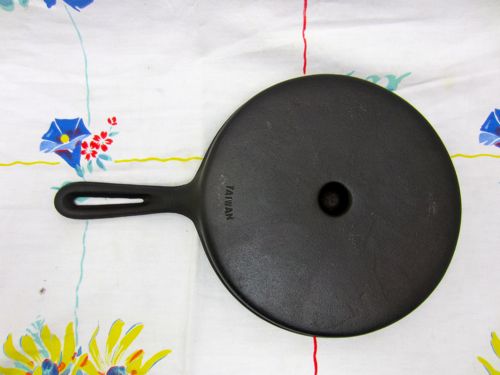